Clement of Rome & the Didache 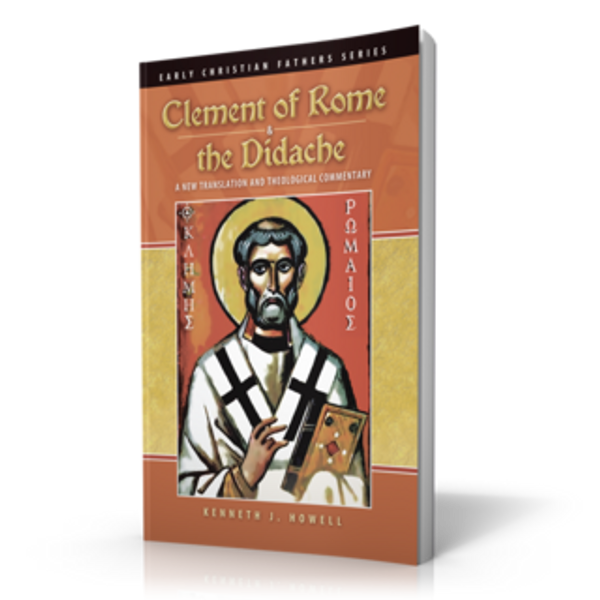 Clement of Rome & the Didache

Here we stand at the very fount of Christian teaching outside the New Testament. Clement’s letter and the Didache reveal how Christians were implementing and living out the faith taught by Jesus and passed on by the twelve apostles. The constant threat of schism and doctrinal deviation prompted these earliest writers to pen some of the most enduring wisdom known to the church. Dr. Kenneth Howell provides a new translation and theological commentary on these two most important documents from the earliest days of Christianity.

Kenneth J. Howell is Resident Theologian of the Coming Home Network International. Dr. Howell taught in higher education for almost thirty years, most recently for over a decade as a Professor of Religion at the University of Illinois (Urbana-Champaign) where he taught classes on the history, theology, and philosophy of Catholicism. At the same time, he served as the Director of the Institute of Catholic Thought of the St. John’s Catholic Newman Center at the same university. Dr. Howell was a Presbyterian minister for eighteen years and a theological professor for seven years in a Protestant seminary where he taught Hebrew, Greek, and Latin as well as biblical interpretation and the history of Christianity. During his ministry and teaching, Dr. Howell’s own reading on the Real Presence of Christ in the Eucharist started him on a six-year journey that eventually led him to Catholicism. On June 1, 1996, Dr. Howell was confirmed and received into the Catholic Church at St. Charles Borromeo Parish in Bloomington, Indiana. In 2000, he received the Pro Ecclesia et Pontifice award from John Paul II in recognition of his service to the Church (the lay equivalent of the title Monsignor). Kenneth Howell has been married to Sharon Canfield for forty years and they have three children and six grandchildren. Dr. Howell has authored dozens of articles and seven books.