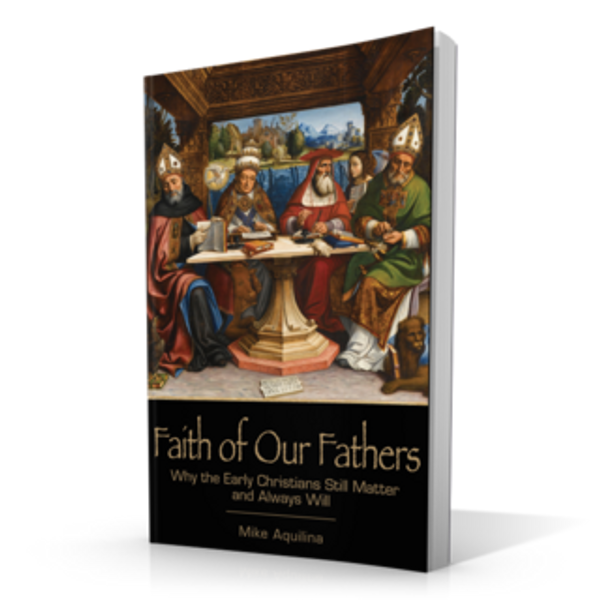 Getting to know the Church Fathers means getting to know our own roots. It means knowing more deeply who we are as we learn more and more about who they are. The early Christians are our ancestors, our common genealogy, our family. When we look to our roots, what do we see? That’s what Mike Aquilina shows you in this book. The Fathers managed to pull off an amazing achievement. They converted the pagan world in a mere two and a half centuries. They did it without any resources, without any social or political power. They did it with the most primitive communications media. Yet their Church sustained a steady growth rate of 40 percent per decade over the course of those centuries. Maybe there’s something we can learn from them. This book is a journey into that world, a tour where your guides are the Fathers.

Mike Aquilina is the award-winning author of more than forty books on Catholic history, doctrine, and devotion. His works have been translated into many languages. He has hosted nine television series and several documentary films and is a frequent guest on Catholic radio.

Praise for Faith of Our Fathers

“Mike Aquilina has a way of writing about the Fathers of the Church and the saints as if he just finished a telephone call or received a text message from one of them.”