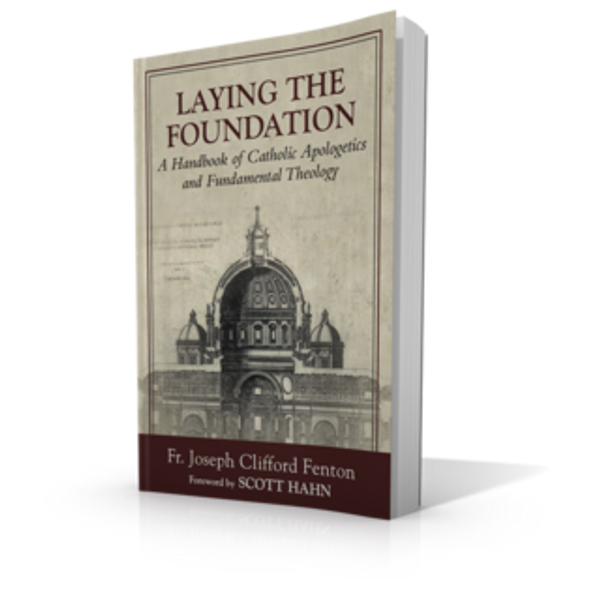 Laying the Foundation: A Handbook of Catholic Apologetics and Fundamental Theology is a classic text by the late Fr. Joseph Clifford Fenton, a highly respected author, professor, and theologian of the twentieth century.

Fr. Joseph Clifford Fenton (1906-1969) was a professor of fundamental dogmatic theology at the Catholic University of America for twenty-five years and for two decades edited the American Ecclesiastical Review. He was a member of the Pontifical Roman Theological Academy, served as counselor to the Sacred Congregation of Seminaries and Universities, and participated in the Second Vatican Council as a member of the preparatory Theological Commission, the Doctrinal Commission, and the Commission on Faith and Morals.

Praise for Laying the Foundation:

“This book appeared in 1942 under the rather unimposing title We Stand with Christ: An Essay in Catholic Apologetics. It should have become a classic. It is, I believe, the greatest work of apologetics produced in a time of superstar apologists such as F. J. Sheed, Ronald Knox, and Fulton Sheen. It represents the high point of apologetics as well as a gold standard for subsequent works of fundamental theology.”

How Firm a Foundation

Christ as the Foundation of Seminary Formation

Sola Scriptura: The Cracked Foundation of The Protestant Worldview

The Parish as a School of Prayer: Foundations for the New Evangelization (Digital)

The Coming of Christ: Daily Reflections on the Season of Advent