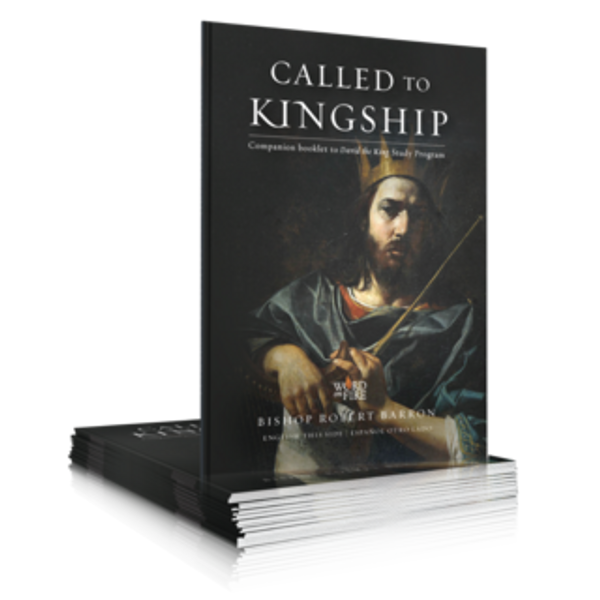 The booklet is designed to help us reflect on our call to be a king in Christ by looking at the example of King David. Through Baptism, we are each called to be priest, prophet, and king, participating in the divine roles of Christ. A good king in the biblical sense rightly orders his community to God’s purposes. The booklet contains excerpts from Bishop Barron’s book, 2 Samuel: Brazos Theological Commentary on the Bible, which is also the basis of the David the King video series.