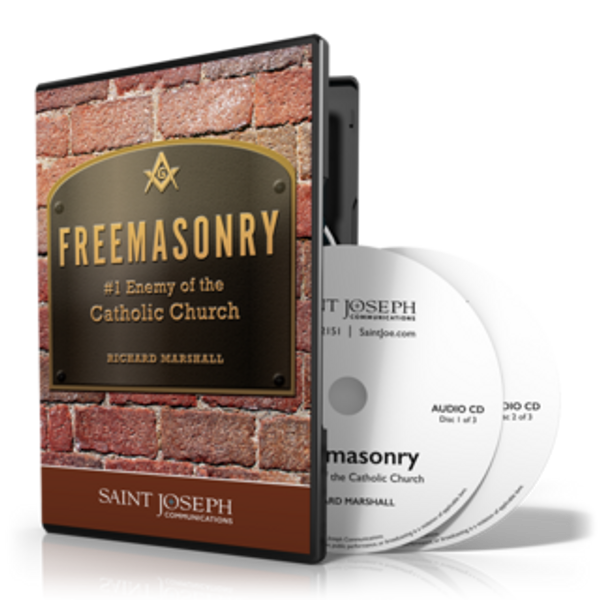 The inner workings of Freemasonry are exposed in this intriguing expose of Freemasonry by former Calvary Chapel member and anti-Catholic Richard Marshall. Learn who the Knights Templar were and why they were condemned for heresy by the Pope and King of France in AD 1307.

Seven different Popes have condemned Freemasonry fifty-seven times as the number one enemy of the Catholic Church and all of Christianity, but most people don't know anything about Freemasonry!

Richard uses the freemason's own books and teachings to expose this worldwide goal of creating an universal church that worships a masonic god (G.A.O.T.U.), the great architect of the universe. Freemasons mask their true purposes of destruction of the Church behind the facade of good works, but now you can learn the truth!

(No reviews yet) Write a Review
×