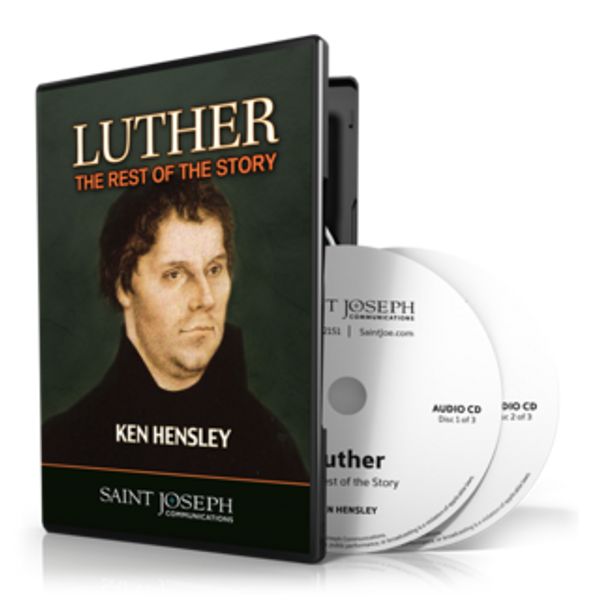 The disgruntled Augustinian monk who set 16th century Europe ablaze with religious war by instigating the Protestant Reformation was the subject of a controversial film that had people asking some tough questions: Who was Martin Luther really? What did Luther actually teach? What are the true results of Luther’s violent revolt against the Catholic Church?  Do they impact your life and faith today?

Theological Wreckage
Ken Hensley tackles these questions and many more in an uncompromisingly Catholic presentation on the true teachings of the man who changed the face of Christianity. A former Protestant Pastor, Hensley brings a unique perspective to the critical examination of a man whose doctrines he once held with great devotion. You’ll discover Luther’s theological, personal and historical background and motivations, from the testimony of his own writings.

Intelligent and Entertaining
However, this is no inflammatory “tell-all” exposé but an intelligent (and entertaining) investigation into the real-life convictions and contradictions of this controversial figure. Here at last is a serious discussion of Luther from a Catholic perspective that’s insightful, informative and, best of all, suitable to share with Protestant (and fallen-away Catholic) friends and family. Get ready—it’s time to set the record straight!

An Exorcist Tells His Story (Digital)

Eclipse of the Body by Christopher West

Angels & Demons And Their Relationship To Families