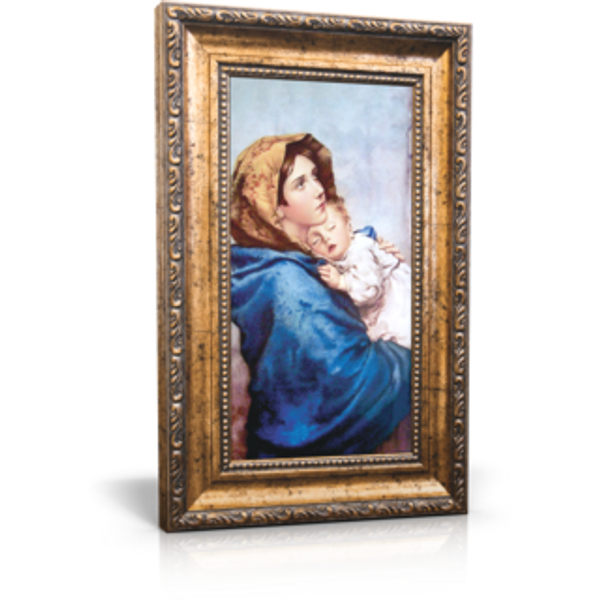 The Madonnina, commonly known as the Madonna of the Streets, was a painting created by Roberto Ferruzzi that won the second Venice Biennale in 1897.

The models for this painting were Angelina Cian (age 11) and her younger brother. Although not originally painted as a religious picture, this painting became popularized as an image of the Virgin Mary holding her infant son, and has become the most renowned of Ferruzzi’s works.

Roberto Ferruzzi (1853–1934) was born in Šibenik, Dalmatia to Italian parents. At four he moved to Venice with his family, but shortly returned after the death of his father. In 1868, he moved again to Venice to enroll in the Liceo Marco Foscarini and later graduated with a law degree from the University of Padua. However instead of practicing law, he gained vocation as a self-taught painter.

Angels & Demons And Their Relationship To Families

Eclipse of the Body by Christopher West