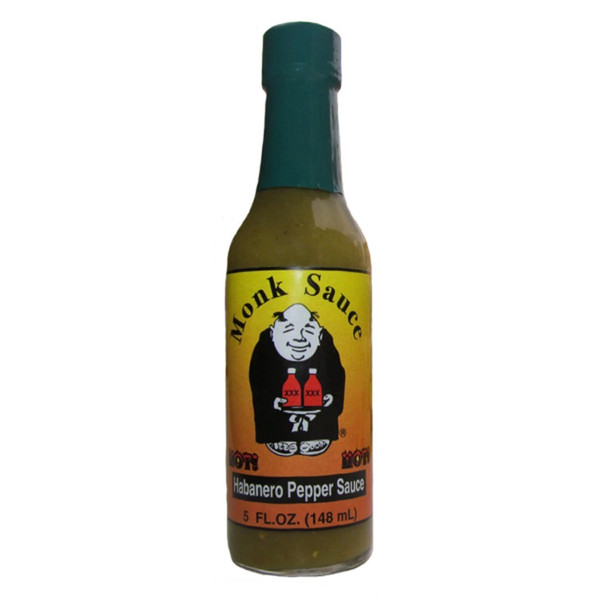 Monk Sauce begins in the same way that the Benedictines of Subiaco Abbey begin all their hot sauce: with home-grown habaneros that sprout up in the hot and dry Arkansas sun. The peppers in this particular sauce are left to grow to their maximum ripeness and then picked by the monks when they turn red.

Then they blend these red-hot peppers with their classic recipe of onions garlic vinegar and salt. And naturally they throw in a few prayers for good measure while they work. What they end up with is a massively hot delicious sauce—the smell alone is enough to get your mouth watering!

It was the desire of St. Benedict that his brothers should live by the work of their hands. Buying this 5 oz bottle of sauce is an excellent way to support them and their abbey!

Monk Sauce comes in at about 250000 heat units on the Scoville scale a system of measurement used to compare the spiciness of chile peppers. In comparison Tabasco’s Habanero Sauce is about 7000 Scoville Units.

The Journey of Monk Sauce

Fr. Richard Walz OSB began making habanero hot sauce while stationed in Belize Central America. In early 2003 he returned to his Arkansas abbey bringing some seeds from his habanero garden with him. Since then Subiaco Abbey ”Monk Sauce” has become a regional favorite and is sold nationally and internationally.

Liberating a Continent: John Paul II and the Fall of Communism

Seven Reasons To Be Catholic