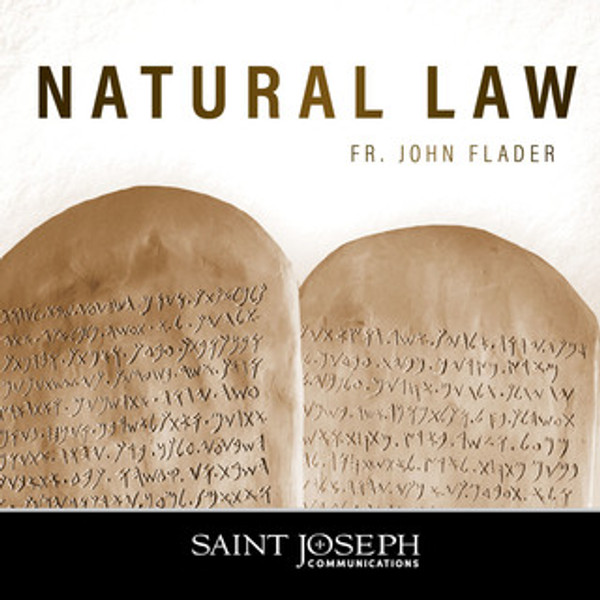 The Natural Law is the transcendent moral law that is written into human nature and is applicable to people of all times. It is called “natural” for two reasons: First, because it is based on human nature, on the human condition, and reveals basic human rights and duties. Second, because it can be known by natural means—by human reason, without the aid of revelation. Thus it is accessible to people of all times and places.

The Natural Law is the basis for the English system of Common Law, for much of international law, and for important documents such as the UN’s Universal Declaration of Human Rights (1948), yet it is little known and understood. In this talk, Fr. Flader explains this fascinating topic in a readily accessible manner, and shows Natural Law’s relevance to modern day society.

Fr. John Flader was born in the U.S. and has a Bachelor of Arts from Harvard and a Doctorate in Cannon Law from the University of Navarre. He was ordained a priest of Opus Dei in 1967 and since 1968 has resided in Australia, serving as chaplain of Warrane College at the University of New South Wales, chaplain of the University of Tasmania, chaplain of RMIT University, Director of the Catholic Adult Education Center of the Archdiocese of Sydney, and chaplain of Montgrove College. Since 2005 he has written a weekly question-and-answer column in The Catholic Weekly and other Catholic newspapers.

Spiritual Fathers: A Workbook for Priests and Dads (Digital)