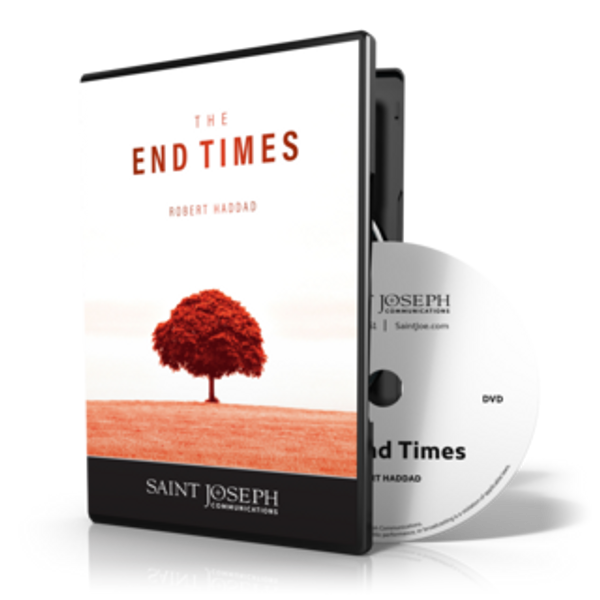 For centuries, humanity has been fascinated by the second coming of Christ and the “End Times.” Much has been written and said concerning what lies ahead for the future for humanity. Speculation has been rife about the timing of the end of the world and the identity of such figures as the Beast, the Whore, and the Antichrist. Unfortunately, most speculation has proven to be wrong or colored by anti-Catholic prejudice.

In this presentation, Robert Haddad provides a sober analysis on the End Times, future Tribulation, the identity of the Beast, the Whore, the Antichrist, the nature of the Rapture, the Second Coming, the General Judgement, and the Resurrection. He aims to provide general principles without delving into excessive speculation. He also touches on the important themes of death, judgement, heaven, and hell. This is a very useful guide for those interested in the Catholic teaching on the End Times and the “Last Four Things.”

Robert Haddad is married and has four children. He has a Masters in Theology, Philosophy, and Education. His published works include the Lord of History series (2002), the Christ the Teacher series (2004), and St. Justin: The Case for Christianity (2009). He has also contributed to the Journal for Pastoral Theology (2008). He taught at St. Charbel’s College (7–12) for 15 years, the Centre for Thomistic Studies for 12 years, and has tutored in Theology at UNDA since 2007.

The End: A Study On The Book Of Revelation

After Suicide: There's Hope for Them and for You

Praying with Mother Angelica: Meditations on the Rosary, the Way of the Cross, and Other Prayers