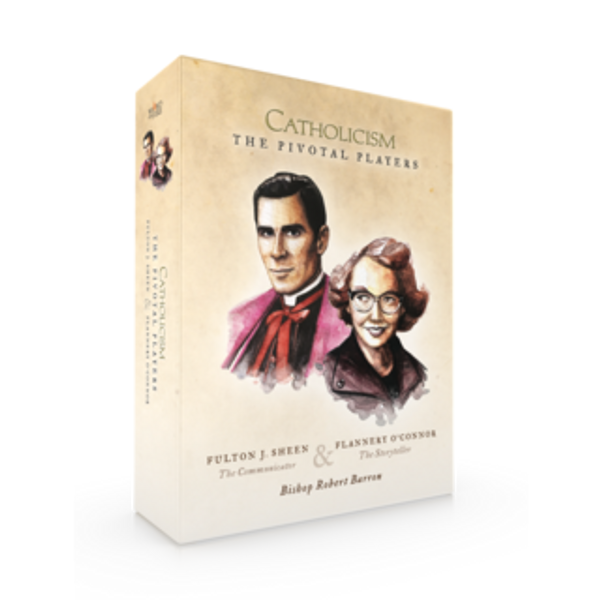 English & Spanish audio/subtitle options on feature films. CATHOLICISM: The Pivotal Players is a multi-part series that illumines a handful of saints, artists, mystics, and scholars who not only shaped the life of the Church but changed the course of western civilization.

Long before the Internet and social media, Fulton Sheen pioneered Catholic evangelization through the media. At a time when most preachers spoke only from pulpits, Sheen used electronic media as a means to reach far beyond the parish walls. His innovative radio and television programs, beamed out to believers and skeptics alike, reached upwards of 30 million people per week. Sheen had a gift for spreading the faith clearly and persuasively, and he paved the path for today's media evangelists.

Flannery O'Connor's influence on contemporary culture, particularly literature and film, is profound. Her novels and short stories have been described as shocking, convoluted, funny, and violent, and they are filled with unforgettably strange characters. But they are also, from beginning to end, haunted by Christ. O'Connor radically changes our idea of what religious fiction can be. Her startling prose awakens us to sin and, consequently, to the need for salvation.