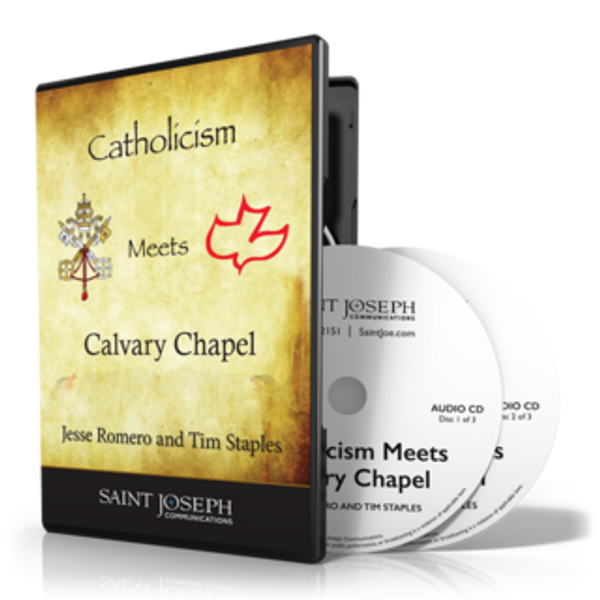 Do you know someone who has been "saved" or "born again" by simply listening to Christian radio? Have any of your family members or friends been led out of the Catholic Church after attending a non-denominational Bible study or attending an evangelical worship service? Are you ever at a loss for words to refute or respond to a born-again believer's vehement attacks against supposed "man-made" Catholic doctrines?

In this exciting CD set, Tim Staples and Jesse Romero are captured in a passionate live radio dialogue with a team of leading Evangelical apologists. You will be inspired and enlightened as you listen to these popular Catholic lay apologists hold nothing back as they debate with their Evangelical Christian counterparts, Rob Yardley and Bill Wynn.

Tim and Jesse engaged with these two well-known instructors from Calvary Chapel's School of Ministry in Costa Mesa, California, on the fundamental question: "How does one get to heaven?"

But during their lively exchange, topics such as salvation and justification, faith and reason, Biblical inspiration and Church authority were also covered in depth.

This remarkable debate provides a real-life example of the usual tactics of "Bible-only" Christians and how to handle them.

A Voice From Calvary