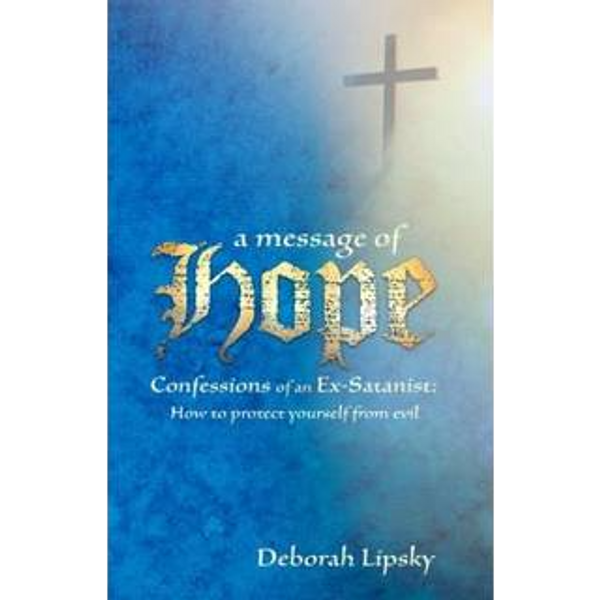 
Deborah Lipsky’s conversion story from Satanism to Catholicism has captivated listeners from all over the country! Her story has become one of the most requested single CD recordings since the days of Dr. Hahn's original conversion story.

Growing up, Deborah never dreamed she'd become a Satanist. In fact, she was raised in a Catholic home, where she was nurtured and catechized. So what went wrong?

She slowly drifted away as trials and tribulations crept into her life and drove her further away from the Church and the Eucharist. She began to compromise in ways she never thought imaginable, until she found herself in full fledged Satanism.

Deborah could not have imagined herself being sucked into the dark, sinful and unimaginable world of Satanism, never realizing that the enemy is ever so clever in luring people into his camp through lies, temptations, and despair.

Our Lord and Our Lady, who once brought her comfort and great hope, were now persons whom she scorned and hated. She clearly now was on the path of destruction. She continued on this trajectory for many years. . . that is, until she providentially came across the writings of Saint John of the Cross and Teresa of Avila.

It was there that she rediscovered Our Lady’s message reminding her that she had not gone too far... that she was still redeemable.

In this book, you’ll discover one woman’s journey from the dark, grim world of Satanism to the only place where one can find safety and refuge: Holy Mother Church. You’ll also find out how to reach out to those who have “sold” their souls to the devil and to help them realize that it is possible, and never too late, to turn back to the Lord!

If you know anyone that is anywhere on this path away from Jesus and His Church or if you need to hear this message of hope, this set is for you!

You’ll learn:
• How perfect love cast out fear and why this is God’s lifeline to you
• How the Enemy uses despair to bring people to him
• How God will go through great lengths to pull you out of sin and the occult
• How you are a target of Satan since the moment you were born.
• The role of the Church to help you in this spiritual battle and the necessity of prayer to fight back
• A glimpse into the dark and grim world of Satanism
• How the biggest lie of Satan is that you are powerless against him
• The role of Saint Michael the Archangel and the holy angels in the spiritual battle, and how they assist you on a daily basis.
• How many facets of the occult involves sexual perversion and even abortion
• And so much more!

The Healing Power of Confession

Confessions of an Ex-Satanist: A Message of Hope

The Healing Power of Confession (Digital)