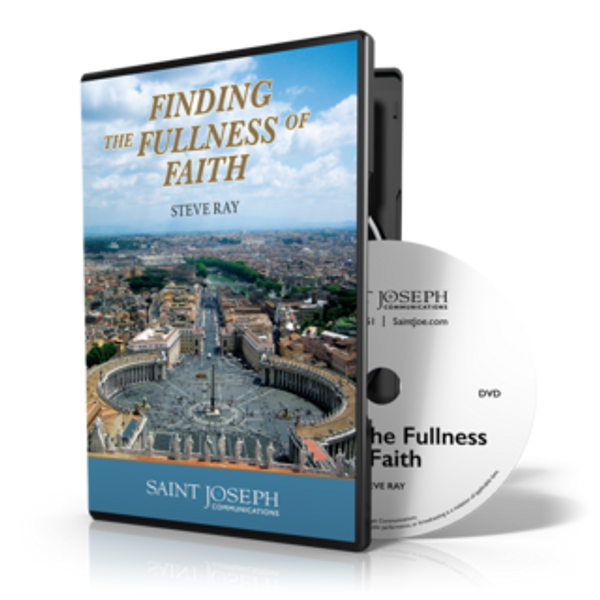 In this exciting series, Baptist convert Stephen Ray shares deep insights and effective arguments to win over even the hardest of hearts. You'll be swept away as this best-selling author and apologist shares his journey to Catholicism and investigates the primary stumbling blocks of those who vehemently oppose the Church, the issues of salvation and the Papacy.

Stephen Ray was raised in a devout, loving, Baptist family. Always a zealous instructor of Sacred Scripture, he nearly fell off his chair when a close friend, an Evangelical pastor, converted to Catholicism.

Steve and his wife Janet began a personal pilgrimage that would radically change their lives. After serious study and much prayer, the Rays became convinced that the Roman Catholic Church was the Church founded by Christ almost 2000 years ago. They also realized that Catholicism faithfully and fully continued the Apostolic teaching as understood by the Fathers, the Councils and gloriously preserved through the See of Peter.

Defending The Fullness Of The Faith

Defending The Fullness Of The Faith (Digital)