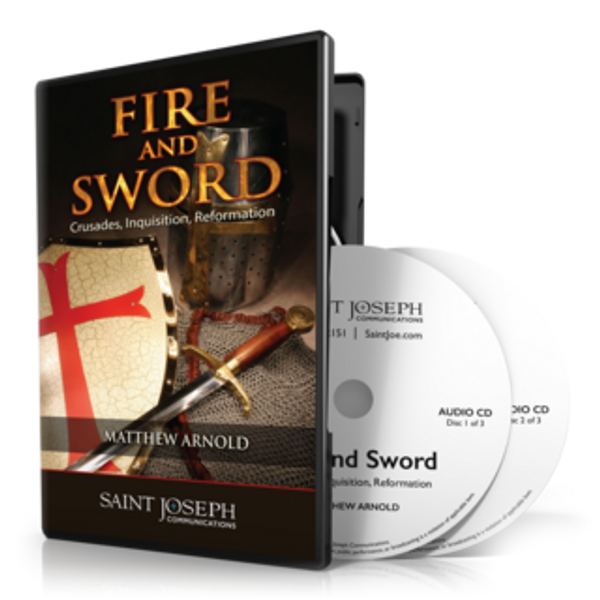 Myths and Misconceptions
In the fascinating three talk series, Catholic convert and EWTN Radio personality Matthew Arnold pits the common accusations about these historical events against the findings of modern scholarship and what he uncovers will amaze you! In this informative presentation, he reveals that those who have a stake in keeping the myths and misconceptions alive are actively obscuring the best scholarship from both religious and secular historians.

Holy War
In the presentation on the Crusades, you’ll discover the true motives and methods of the Christian Crusaders and the nature of their struggle with Islam. Matthew discusses examples of the best current scholarship: modern medievalists going directly to primary sources for their research. They’ve discovered that Protestant and secular bias has rejected out-of-hand, the well-documented motives of the Crusaders in favor of a projection of their own anti-Catholicism. Surprisingly, the supply of written records from the Middle Ages is both large and largely ignored. Even many Catholics will be surprised by what they contain!

Catholic Kryptonite
Matthew describes the Inquisition as “Catholic Kryptonite” because many times, just when a Catholic apologist begins to make headway on issues like the papacy or the Real Presence, the specter of the Inquisition is invoked to destroy his credibility. This series will offer you the crucial facts to put this topic in its rightful perspective and even show how the process of Catholic Inquisition was often more just and lenient than other contemporary forms of justice.

Catholicism Episodes 9&10 Blu-Ray: The Fire of His Love and World Without End