Something Greater Is Here 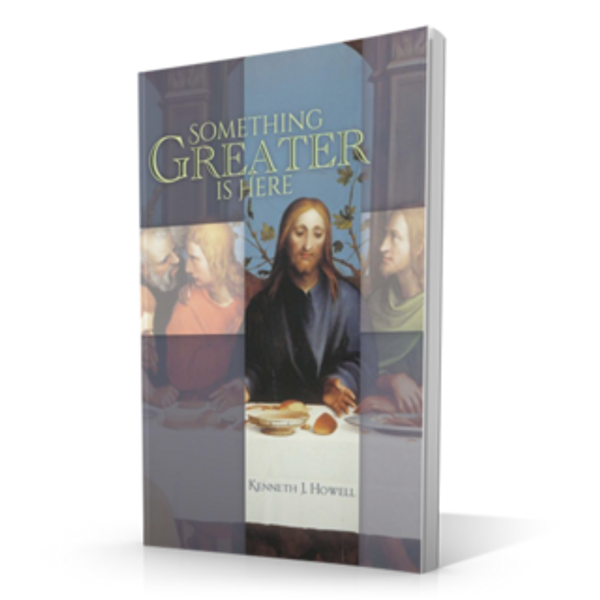 Something Greater Is Here

In his mid-thirties, Dr. Kenneth Howell was teaching in a Protestant seminary after nine years of Presbyterian ministry. After receiving the highest degree possible in his field, he was exactly where he wanted to be. But two nagging questions wouldn’t leave him. Is what he believes really true? Does he really understand what it means to be a Christian? And the second: is this all there is to being a Christian? Could there be a deeper spirituality out there that he had not yet encountered? He tried to avoid, ignore, and suppress them, but they wouldn’t go away. He was faced with a tough choice. Either pursue the truth and the God of all truth with integrity and zeal, or sit back in a comfortable life of familiar places and familiar faces. He decided that he really had no choice. It was all or nothing. His pursuit of truth, goodness, and love gradually led him into a world he had only vaguely glimpsed from afar. It was a world filled with things for which he had always longed. It was the fullness of truth.

Kenneth J. Howell is Resident Theologian of the Coming Home Network International. Dr. Howell taught in higher education for almost thirty years, most recently for over a decade as a Professor of Religion at the University of Illinois (Urbana-Champaign) where he taught classes on the history, theology, and philosophy of Catholicism. At the same time, he served as the Director of the Institute of Catholic Thought of the St. John’s Catholic Newman Center at the same university. Dr. Howell was a Presbyterian minister for eighteen years and a theological professor for seven years in a Protestant seminary where he taught Hebrew, Greek, and Latin as well as biblical interpretation and the history of Christianity. During his ministry and teaching, Dr. Howell’s own reading on the Real Presence of Christ in the Eucharist started him on a six-year journey that eventually led him to Catholicism. On June 1, 1996, Dr. Howell was confirmed and received into the Catholic Church at St. Charles Borromeo Parish in Bloomington, Indiana. In 2000, he received the Pro Ecclesia et Pontifice award from John Paul II in recognition of his service to the Church (the lay equivalent of the title Monsignor). Kenneth Howell has been married to Sharon Canfield for forty years and they have three children and six grandchildren. Dr. Howell has authored dozens of articles and seven books.

After Suicide: There's Hope for Them and for You (CD)

Copy of CUSTOMIZABLE Something

Understanding Sacrifice and Sacrament in the Book of Leviticus (Digital)

The Gift in the Manger - HC

[20 Pack] After Suicide: There’s Hope for Them and for You