The First Society: The Sacrament of Matrimony and the Restoration of the Social Order 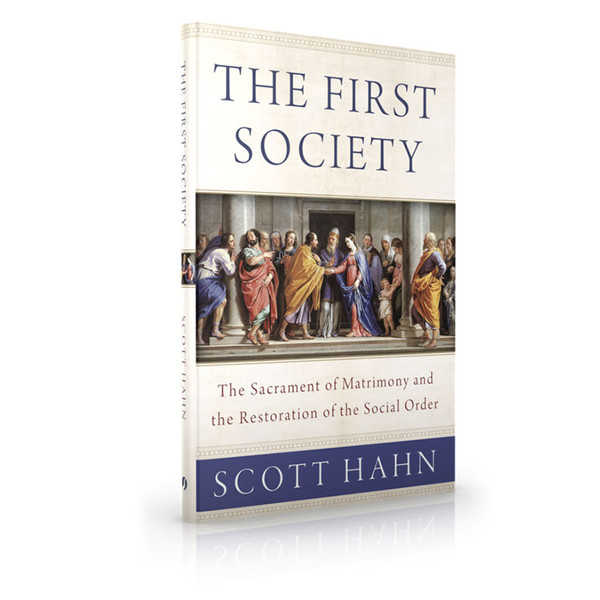 The First Society: The Sacrament of Matrimony and the Restoration of the Social Order

Everyone seems to agree that Western Civilization is in trouble. The problem is that no one agrees on what has gone wrong or what to do about it. Some think we have too much government, some not enough; some think we have too much capitalism, some not enough; some think we have too much sexual freedom, some not enough. But what if the problem is much more fundamental? What if the problem goes to the very foundations of who we are as human beings in relationship with God? In The First Society: The Sacrament of Matrimony and the Restoration of the Social Order, Scott Hahn makes the startling claim that our society’s ills and its cures are rooted in whether we reject or accept the divine graces made available through the Sacrament of Holy Matrimony. Man, he argues, is social in his very nature. We were created for community. As it was in the beginning, so it remains today. The family, formed through the Sacrament of Matrimony, is the most basic building block of every society—whether we like it or not. We’ve corrupted marriage, and so we have a corrupt society. If we get marriage right, our society, through God’s grace, will flourish.

Praise for The First Society

“As Scott Hahn shows in his inspiring and challenging work, only a society radically obedient, through cooperation with sacramental grace, to the reign of Our Lord, Christ the King, can truly flourish. A society, formed and animated by sacramental grace, is established and flourishes in the very first society, the family. Such a society, in fact, becomes a reality in Christian families who, by their heroic example, witness to the splendor of the truth about marriage.”

— Raymond Leo Cardinal Burke, Member of the Supreme Tribunal of the Apostolic Signatura


“Please don’t open The First Society expecting a timid sermon. Hahn does not shy away from very direct criticism of secular liberalism as the culprit in undermining both marriage and the just social order. A secular view of marriage, claims Hahn, is as unworkable as a secular view of society. Amen!”

— Benjamin Wiker, Professor of Political Science and Director of Human Life Studies, Franciscan University of Steubenville and author of In Defense of Nature


“Scott Hahn does a masterful job of articulating the central role of marriage in God’s plan for bringing the world to his heart. The First Society is essential reading for anyone who wants to understand why marriage matters—especially in today’s world.”

— Gregory Popcak, PhD, Founder and Executive Director of the Pastoral Solutions Institute and Author of For Better . . . Forever: The Catholic Guide to Lifelong Marriage

The Bible and the Sacraments - Participant Workbook

The Bible and the Sacraments - Leader Guide