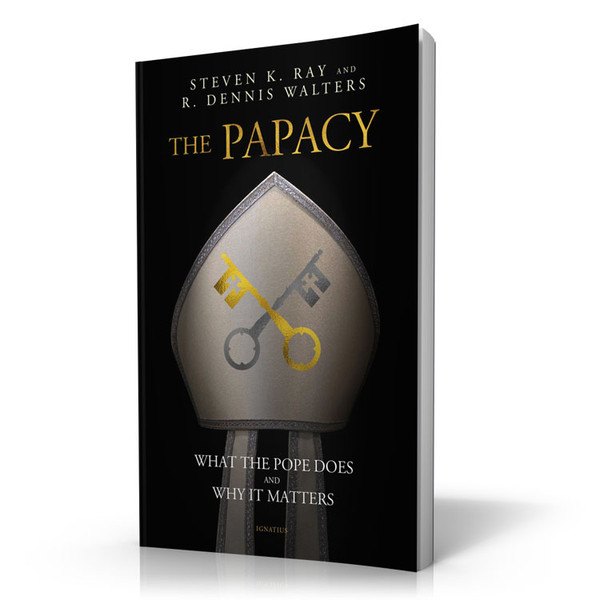 The Papacy explains that without the Pope's divinely guided leadership, the Church would suffer the contradictions and the divisions that many Christian groups know firsthand. The teaching passed down from the apostles would be subject to arbitrary, relative, and numerous interpretations; holiness would be only a distant ideal; and the one, holy, catholic, and apostolic Church founded by Jesus would break apart.

In describing the Pope's important and singular role as leader and teacher, the book addresses common misconceptions and objections to the papacy. It also explains how the papacy developed and how the Pope is elected.

The authors present some great Popes in history, showing the qualities and the accomplishments that made them great. They demonstrate that the Pope is important not only for Catholics but also for non-Catholic Christians and even non-Christians.

Stephen K. Ray was raised in a devout and loving Baptist family. His father was a deacon and Bible teacher, and Stephen was very involved in the Baptist Church as a teacher of Biblical studies. After an in-depth study of the writings of the Church Fathers, both Steve and his wife Janet converted to the Catholic Church. He is the host of the popular, award-winning film series on salvation history, The Footprints of God. Steve is also the author of the best-selling books Crossing the Tiber, and St. John's Gospel.

R. Dennis Walters attended a Claretian seminary for eight years. He has a B.A. in English from Loyola University, an M.A. and Ph.D. in Literature from Michigan State University, and a Masters in Pastoral Studies from Sacred Heart Major Seminary in Detroit. He was ordained to the permanent Diaconate in 2007 and now serves at a small parish in rural Michigan.

Sex au Naturel: What It Is and Why It's Good For Your Marriage

What Every Catholic Needs To Know About The Pope (DVD)