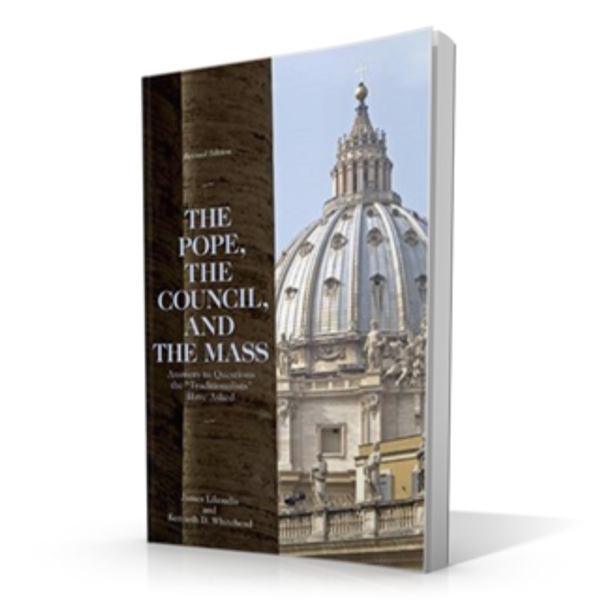 The Pope, the Council, and the Mass is the definitive response to “Traditionalist” Catholics, first published in 1981, and now updated to include developments up to the beginning of the pontificate of Pope Benedict XVI. In addressing the concerns raised by the followers of the late Archbishop Lefebvre and other “Traditionalists”, the authors give a truly Catholic understanding of Tradition, the Second Vatican Council and its implementation, and the nature of true liturgical reform.

This book not only provides the reader with a sound perspective on the past, it also offers insight into the present state of the Church and the outlook for the future. History, canon law, ecclesiastical and papal documents, and Scripture are mined in this solid apologetic for a faith that is One, Holy, Catholic, and Apostolic.

James Likoudis is a former College Instructor in History and Government with 20 years of teaching experience in public and private education. He is president-emeritus of Catholics United for the Faith.

Kenneth D. Whitehead is a former career diplomat who served in Rome and the Middle East and as the chief of the Arabic Service of the Voice of America. For eight years he served as executive vice president of Catholics United for the Faith. He was the United States Assistant Secretary of Education for Postsecondary Education.

Unprotected: A Pope the Pill and the Perils of Sexual Chaos

Copy of CUSTOMIZABLE Something

The Mass: An Introduction