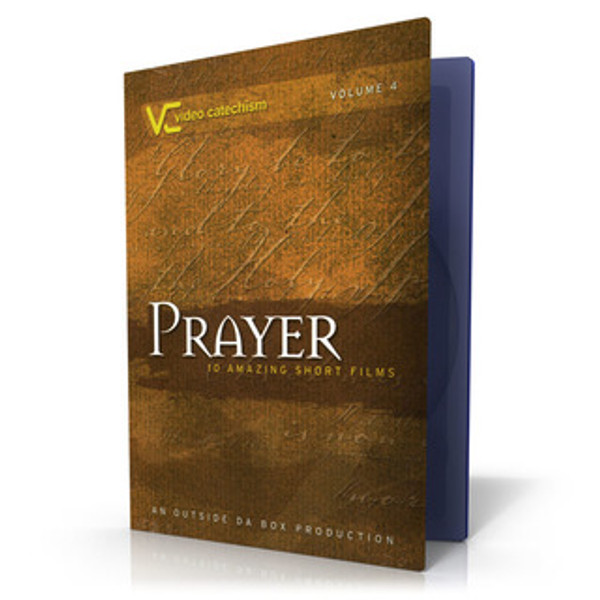 According to St. Teresa of Calcutta, PRAYER -> ONENESS WITH GOD -> HOLINESS. 2 minutes

God speaks to us in many ways. Sometimes it's through a simple inanimate object. 6 minutes

Teens from the Diocese of Wheeling-Charleston talk about prayer. 3 minutes

Adán in the Desert

Adán is a 2nd-generation Mexican immigrant who lives with his mother. She brought him to the U.S. at a very young age to escape the violence in Mexico City. Her devout faith is the bedrock of her life and has allowed her to face hardship with resilience. Her son, growing-up and assimilating into the culture, struggles to connect to his mother's traditional piety. When her health takes a dramatic turn for the worse, Adán is faced with making a decision about his relationship with God. As she gets progressively more ill, he goes on a inner pilgrimage to cope with the grief of her pending death. This journey leads Adán to discover what it really means to pray. See episodes below: Episode 1 Adán struggles to understand the inevitable loss of his mother. His prayers of desperation begin to draw him into an honest and simple search for God. 3 minutes Episode 2 Adán's honesty and simplicity in the presence of God opens his heart to the Lord in a new way. 3 minutes Episode 3 Adán meets an unexpected friend who helps him look at life with fresh meaning and purpose. 3 minutes Episode 4 Adán's encounter with his friend helps him see that he is not alone. He is better able to face his circumstances with the hope that his mother prayed he would find. 3 minutes

Psalm 23 is one of the most well known chapters of Scripture both in and outside of the Church. This creative stop motion animation video combines unique imagery with the familiar and comforting verses from the 23rd Psalm. 2 minutes

Grace in the Real Presence

A recently ordained priest, a life-long Catholic, and a recent convert share about the power of the Eucharist. 4 minutes

The Our Father is probably the most popular and recited prayer in the history of the world. Here's a unique look at the Lord's Prayer in colorful stop-motion animation. 2 minutes